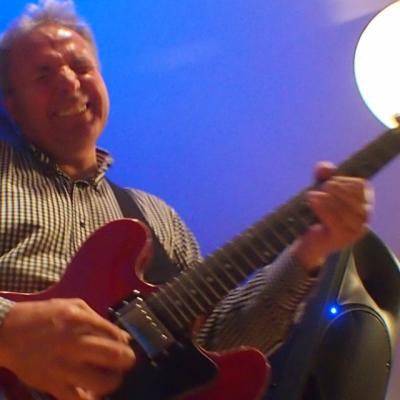 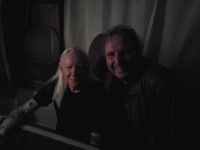 My musical journey started way back in the 60's when as a very young boy, I heard and watched the Rolling Stones on a small black and wite TV playing "This will be the last time", quickly followed by also getting into The Beatles, The Searchers and the Beach Boys.

I was given a lovely 1958 Hofner Congress by a much older cousin who decided guitar playing was not for him.

Lessons ( basic chords ) from a lovely man at the other end of the road started me on my journey. This continued until I was about 12 when I decided to teach myself electric guitar and my wonderful Dad bought me a Vox Les Paul Copy and a rather delapidated hybrid amp cobbled together from a Watkins Dominator in a Futurama 12 inch cabinet. Looking back, it was probably the best amp I ever owned, the tone was just amazing, and I wish I still had it.

This was the era of Slade, TRex, Free...

I watched a test transmission during the day on TV ( no day time TV back then!) which featured BB King. NO VCRs back then, so the fact that it was a Test transmission meant I got to watch it several times over where he described blues and his vibrato technique.

Then my friends at senior school introduced me to the awesome sounds of Deep Purple, Black Sabbath, Focus, Status Quo, the Doors and Led Zep.

Joined a few bands and for the next few years I played in pubs and clubs doing rock music around the North East of England.

Then I decided to focus on my education and got totally into advanced microelectronics, computer programming, signal processing and Audio/Video compression ( MPEG ) ... so my guitar playing dropped off and eventually was a distant memory until at the age of 50 I decided to give it another go after not playing for the best part of 30 years!

Now I am back into it, and microelectronics is now the distant memory.

After not being sure if I would make it into my 60's following a rather traumatic battle with the big C for the best part of 3 years, I am now fully recovered and enoying music and life in my 60s's. Just finished building home studio in the back garden so a place to go and turn up the amp to 11 if needed.

Thanks to all who have listened to my guitar playing attempts on here. Such great musicians to jam along with.

Apple Mac with Logic Pro
Use an I2M Sonuus to connect the guitar to the Mac. Can inject as either (or both) guitar or Midi so I can play either regular guitar or into a Midi Synth.

PaulFellows is being followed by:

wikiloops online jamsessions are brought to you with friendly support by:
Scrumpyjoe from Ireland

"Can't wait to get really involved in Wikiloops, Great job!"